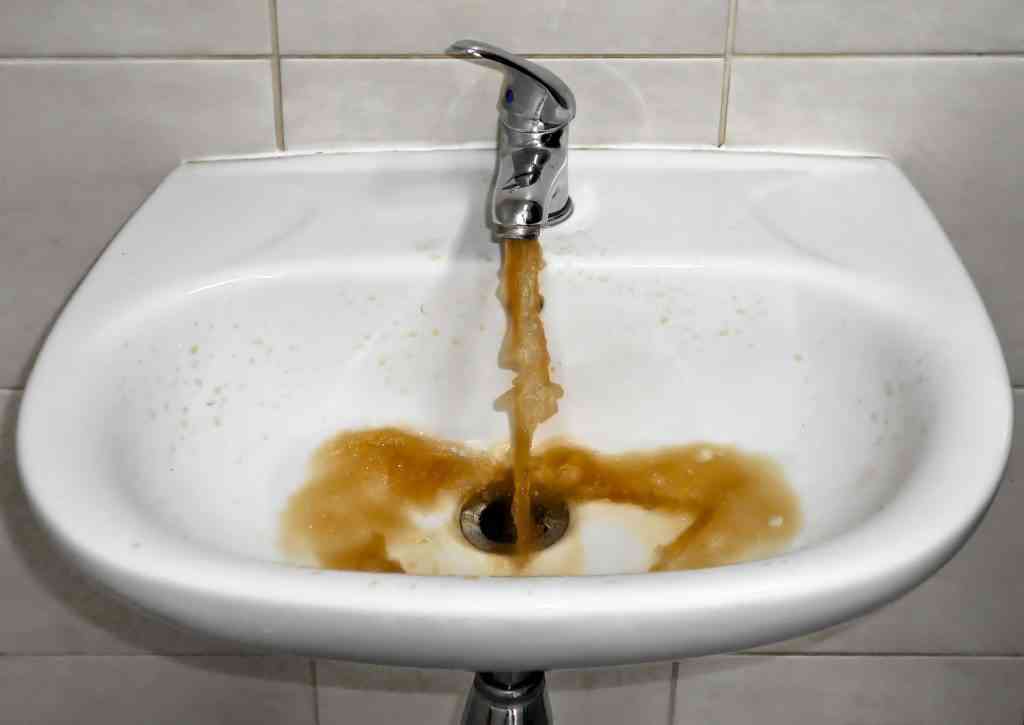 500 Contaminants in Your Tap Water?

It is shocking to compare drinking tap water is smoking, but it is similar in every way. Tobacco smoke contains over 500 different chemicals, many cause cancers, and other health illnesses. Similarly, tap water contains over 500 different chemicals and contaminants. Drinking tap water is like pouring chemicals into the body daily in small quantities each time. There are many pieces of research and tests done on tap water, and all found health-hazardous contaminants in the water. We have a choice not to smoke, but do we have a decision not to drink? In Canada and the USA, we do have an opportunity to take action to protect our drinking water and to filter our water before use. In the 1997 survey, one-third of consumers used a home water treatment device. But that is not enough, everyone should filter their prior for drinking, cooking, and bathing water.

Risk of Cooking With Tap Water

Why is it 80% of the time when you ask someone, “Do you drink tap water?”, they will say “no.” Then when you ask, “Do you cook with tap water?”, they will say, “yes.” This is generally the answer from people who are buying bottled water. The biggest misconception today is people thinking that tap water suddenly becomes safe for consumption after it is boiled or cooked with. Boiling water will kill bacteria and cause few chemicals to evaporate at boiling temperature. However, the other compounds, metals, and contaminants will remain in the water.

In the modern world, our health directly depends on clean and safe water for drinking, cooking, and showering. The best whole house solution should be composed of 2 units. A dedicated shower filter to remove chlorine and VOC chemicals when showering, and a dedicated water system for providing clean and safe water for all drinking and cooking needs.

With the realization that more chemicals enter our body through skin absorption and inhalation of the stream while showering than does from drinking water, the benefits of shower filtration have become very obvious. A recent report in the American Journal of Public Health linked chlorine to a significant increase in certain types of cancer and stated that” up to 2/3 of the harmful exposure was due to skin absorption and inhalation while showering”. A warm shower opens the pores of the skin and allows a high rate of absorption of chlorine and other chemicals. The steam we inhale while showering can contain up to 20 times the level of chlorine and other synthetic chemicals than tap water due to the fact that these chemicals vaporize at a lower temperature and at a much faster rate than water. Inhalation of chlorine and chemical vapors is known to be a strong irritant to the tissues in our lungs and a suspected cause of asthma and bronchitis. When chemicals are inhaled into our lungs, they enter directly into our bloodstream and have magnified adverse effects as compared to ingested chemicals which are partially filtered out by the liver and kidneys. Other than the obvious health benefits of showering in filtered water, the cosmetic benefits are even more noticeable. Anyone who has ever gone swimming in a chlorinated pool can relate to the harsh drying effect that chlorine has on your skin and hair. Without the effects of chlorine and other chemicals found in tap water, your skin and hair retain moisture more effectively for a younger, healthier look and feel.

Our Body Runs on Water

Our body needs 7 glasses of water daily to function properly. The human is composed of 72% water; the brain is 73%, the liver is 95%, and blood is 80% water. We need to replenish our body with clean, healthy water to prevent dehydration, and it is our body’s only method of flushing out toxins out of our system. Therefore, our health is 100% dependant on drinking contaminant-free water. 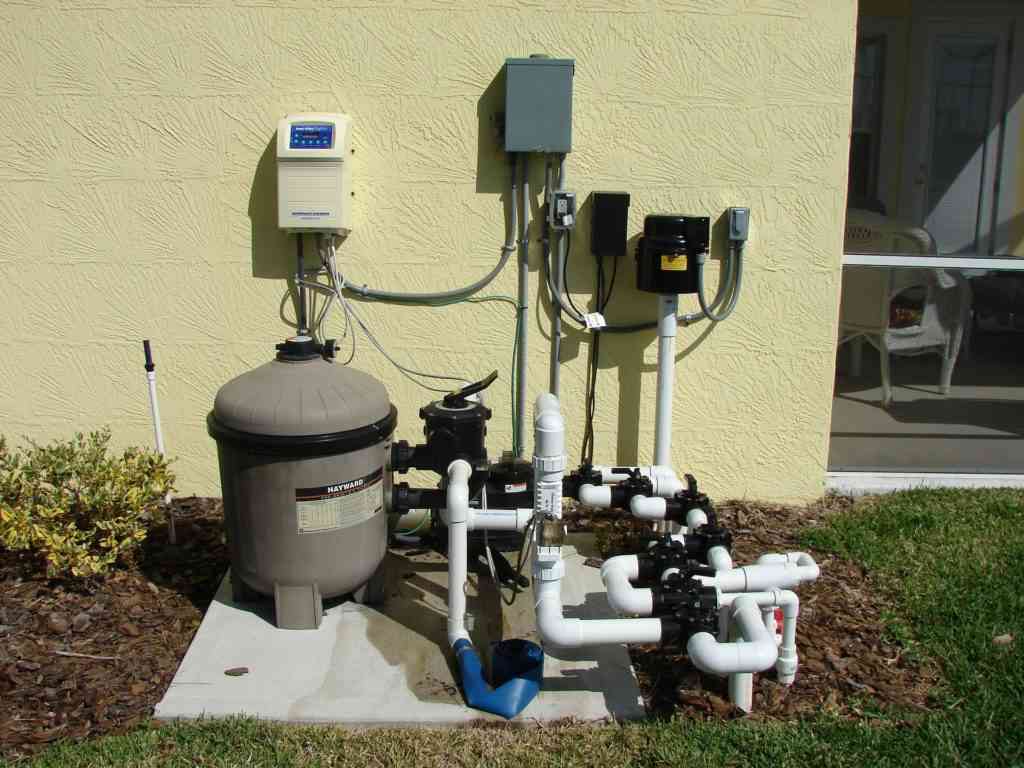 When we eat food or drink water, our body tries to absorb everything it could. This includes both proper nutrition and harmful contaminants. Some contaminants our body may be able to flush it out. Still, unfortunately, many chemicals and metals can not be rid of quickly, and it becomes us.

Children and Pregnant Women Are Most Vulnerable

Children and pregnant women are the most vulnerable populations to lead poisoning. Since the brain is still developing, lead poisoning can cause learning disabilities, lowered IQ, attention deficit disorders, anti-social behaviors, damage to the central nervous system, and development problems. This is a terrifying and concerning issue for parents. Lead poisoning from drinking water is such a big concern prompting every major city to require schools and day-care centers to test for lead annually. There are many reports from government departments to public health organizations that advised pregnant women and young children not to drink unfiltered water. There is no safe level for lead, any amount of lead is poisonous. In Canada and in the USA, all the buildings that were built before 1990 uses pipes and soldering containing leads. Therefore, anyone drinking tap water or cooking with tap water is at risk of lead poisoning.  The Centers for Disease Control and Prevention recently released statistics showing that nearly 1 million children aged one through five continued to have elevated blood lead levels. If you currently do not have a water filter, the very minimum that you should do is to flush you tap for a few minutes before consuming. You should never make milk formula with unfiltered water. Canada’s CBC news channel sampled water from homes across the country and found 15 out of 50 households had lead levels above the national guideline. One even had levels at 250 times the allowable limit. Look at the results on the right side of this page. Basically, if you live in the city, then you are at risk. If you live in homes built before 1970, then you are probably consuming high lead level water because those homes contain lead soldered pipes.  Every parent wants their children to grow up healthy and intelligent by providing the best we can for them. However, it is miserable that the government does not do more to educate the population of the danger of lead poisoning from tap water.  The public needs to be better informed.   Lead poisoning from drinking water is a serious matter. Never drink or cook from your hot water tap, and especially not for making baby formula. Hot water because hot water dissolves more lead more quickly than cold water.

Chlorine is added into the drinking water to kill micro-organisms in water and to prevent the spread of water-borne diseases. The only difference between us and micro-organisms is that we are more significant in mass, and it takes a much intense concentration of Chlorine to kill us. Chlorine is acidic, you know it is a very corrosive chemical when you walk out of the swimming pool, and your skin is very dry and itchy, and your hair feels brittle and rigid. If this is what it does to your body on the outside, you can imagine what it can do inside your body when you drink tap water. The smell of Chlorine and the danger of Chlorine is leaving people with no choice but to filter their water before use. The Canadian government, the U.S. government, and many third parties research groups found that Chlorine causes cancer.  “A new statistical analysis indicates that people who drink chlorinated water run a 21 percent greater risk of bladder cancer and a 38 percent greater risk of rectal cancer than people who drink water with little or no chlorine.” “I am quite convinced, based on this study, that there is an association between cancer and chlorinated water.” – SCIENCE NEWS- July 11, 1992 “Studies indicate the suspect chemicals can also be inhaled and absorbed through the skin during showering and bathing. Ironically, even the Chlorine widely used to disinfect water produces carcinogenic traces. Though 7 out of 10 Americans drink chlorinated water, its safety over the long term is uncertain. Drinking chlorinated water may as much as double the risk of the Bladder Cancer, which strikes 40,000 people a year.” – U.S. NEWS & WORLD REPORT July 29, 1991.

Chlorine and Chemical Gas During Showering

Taking a warm shower after a hard working day is relaxing and rewarding. Sometimes, the smell of chlorine makes it less pleasant. The chlorine in the water actually turns into a gas as we take a warm shower. It is found that we breathe in a large quantity of chlorine gas in one setting, and the amount is equivalent to us drinking 3 glasses of chlorinated water. The chlorinate in its gas state will go directly into our bloodstream, making it more lethal. “Taking long hot showers is a health risk, according to research presented last week in Anaheim, California, at a meeting of the American Chemical Society. Showers, and to lesser extent baths, lead to greater exposure to toxic chemicals contained in water supplies than does drinking the water. The chemicals evaporate out of the water and are inhaled. They can also spread through the house and be inhaled by others. Householders can receive 6 to 100 times more of the chemical by breathing the air around showers and baths than they would by drinking the water.” – NEW SCIENTIST, September 18, 1986. “A long hot shower can be dangerous. The toxic chemicals are inhaled in high concentrations.” BOTTOM LINE – August 15, 1987. “Cancer risk among people drinking chlorinated water is 93% higher than among those whose water does not contain chlorine.” – U.S. COUNCIL OF ENVIRONMENTAL QUALITY

Chlorine is a powerful oxidant and is used in bleaching and disinfectants of your drinking water. We are basically bleaching our bodies day in and day out. Without shower filters, the chlorine strips away the natural oil that protects your hair and skin, leaving the hair dry, brittle, prone to dandruff, and challenging to manage. Leaving the skin feeling dry and sometimes itchy. It is like coming out of a swimming pool where the chlorine sucks all the body moisture. It can cause or further aggravate rashes and other skin irritations. Now, you can shower in natural water with a shower filter. Most people do not realize that typically there is more chlorine in your tap water than most swimming pools. We bath shower and wash in chlorinated water every day.

Why Does Government Neglect Our Drinking Water?

The government and its politicians know that drinking tap water is hazardous to our health. They have advised us not to drink tap water. It is fair to say that they are doing what they could within their financial budget to manage our water supply. Indeed they can do more. However, the city water infrastructure is so vast, complicated, and it is under the city. Therefore, the city can’t replace all the old and broken pipes. We will always have pipes that leach lead into our tap water, chlorines added, and other contaminants that get into the water system. The only and most straightforward solution to safeguarding our own water to filter water at the point-of-use, at the point, it enters into the house, at the faucet, and at the shower or bathtub. More reading: Typical water filter for the faucet and for showing.

What People Are Doing To Protect Their Drinking Water

Lead is dangerous to everyone and particularly to children. It can cause learning disabilities and lowered IQ. So for decades, Canadians have been taking steps to reduce the amount of lead in our tap water. We have had some success. But lead in drinking water remains a problem for many Canadian families. Part of the reason maybe because of the way we test for lead. Across the country, Canadians have spent hundreds of millions of dollars digging up streets and sidewalks to replace water pipes that leach lead into drinking water. But the work has just begun. It will take years and cost millions more to replace old lead pipes with copper.